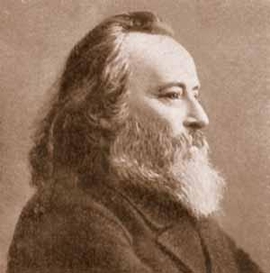 In 1873, he graduated from the Historical and Philological Faculty of the Moscow State University, where he past reading the courses by M. Kutorga and V. Gerie. In 1879, he defended his Master thesis ‘Peasants and the Peasants’ Issue in France in the Last Quarter of the Eighteenth Century’. In the same year, he started his teaching at the Warsaw University. Since 1885, he made lectures at the High Female Courses in St. Petersburg, at the St. Petersburg University, and the Aleksandrovsky Lyceum. After the Revolution 1917, K. was under constant surveillance becaue he was a member of the CD Party (Constitutional Democrats); he lost a chance to make lectures and to publish his works. On October 18, 1930, at the meeting of the Methodological Section of the Society of Marxist Historians, they harshly criticized his works.

In his studies, he put a special attention for the issues of the history of religion. Particularly, he considered that the success of Protestantism was conditional not only with religious, but mostly with social reasons. On his point of view, the Reformation in Poland could be explained with rather difficult relationship between local gentry and clergy. He compared the Reformation in the Holy Roman Empire with the Great French Revolution; on his opinion, in the Empire the process could be explained with two circumstances: a specific of the religious mentality, and a serious pressure by the Papacy. Unlike the Empire, in Poland the absence of national opposition to the Pope and local Protestant leaders led to the extrusion of Protestant ideas and to strengthening of the Jesuit Order. He considered that the Reformation split the history of secularization of European culture into two periods: the Renaissance epoch, and the rationalistic Enlightenment of the eighteenth century, which he interpreted as continuation of the Renaissance Humanism.