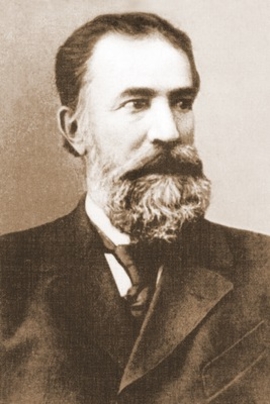 He studied at the Zvenigorod Spiritual School, then at the Vifanskaya Spiritual Seminary (at the Saviour Bethany Monastery in Sergiev Posad), and then at the Moscow Spiritual Academy. In 1872, he graduated from the Historical Department and brilliantly defended his Master thesis ‘Laic Bishop’s Clerks in Old Rus’. He was invited to work at the Moscow Spiritual Academy, at the Chair of Old Civic History. There he got a position of Ass. Professor, then – Full Professor. In 1898, he became Honourary Professor. Besides his work at the Academy, K. Served as City Headman in Sergiev Posad from 1894 till 1902; in 1912-1917, he was a deputy of the IV State Duma from the Party of Progress. In 1910, he was elected as Correspondent Member of the Ac. of Sc.

In his research work the theme of Old Believers took a special place. He used a great amount of newly found archival materials and manuscripts and shaped a quite new conception of the religious dissent in Russia in the seventeenth century; his position was so different from the previously accepted one, that it produced an energetic protest of his opponents. To escape open conflicts, C. P. Pobedonostsev prohibited to publish K.’s articles on Patriarch Nikon.

He argued for the idea that the reforms of Nikon were not so new and so necessary. ‘Our old rites and rituals had been never corrupted or ruined by anybody, they existed in that very form, which had been accepted from Greeks together with Christianity, but at Greeks some of them were transformed later, and we stayed with old and untransformed ones’, wrote K. in one of his works demonstrating that Old Believers were not so wrong in their denial of the reforms of Nikon. He saw their mistake not in their evaluation of the reforms, but in their position to the Church which has been lost behind all those details of rites and rituals.