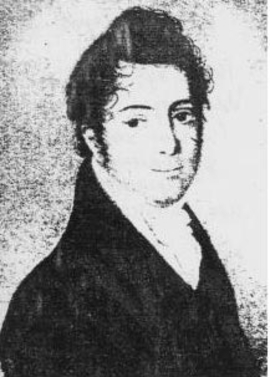 He studied at the Moscow Noble Pension, then in Gottingen – at A. L. Schletzer, traveled much collecting materials for studying Russian antiquities. He was interested in natural sciences and spent several years in Edinburg, where he got Doctor degree in Medicine at the university, but he did not practice medicine. In 1801, he became a member of the Friends’ Literary Society, founded by A. I. Turgenev; its members were: the Turgenev brothers, Zhukovsky, Merzlyakov, Voeikov, etc. In the program of that group, united with the desire to create national literature, was a mixture of West European traditions with genuine Russian elements; they studied the past of Russian culture.

In 1806, in Gottingen, he defended his Doctor thesis, which reflected his philosophical and political views: ‘On the liberation of serfs in Russia’ (Dissertatio inauquralis philosophico-politica de manumittendis per Russiam servis); it was dedicated to Emperor Alexander I and was presented to him by the author. In his thesis, K. analyzed various arguments against the serfdom; he noted that they were not new, but were not known well enough in Russia. He declared that the serfdom slowed the development of the agriculture and industry and trade, it was bad for the money system and even suppressed the intellectual state of the Russian people. He denied the opinion that serfs did not want freedom; he highly evaluated the peasants’ reform of 1804 in Livonia. It would be dangerous to free at one moment 20 mln of slaves, but he hoped that Alexander I would live long and abolish peasants.

In 1807, he wrote his book ‘Slavic Mythology’ demonstrating his understanding the principles of scholarly criticism of sources. He gave the most complete (for the early nineteenth century) historiography of the theme, including M. Frentzel on Slavic gods published in Wittenberg in 1638 up to the ‘Lexicon of the Old Russian Superstition’. He based on the works of his predecessors and tried to study sources as much as possible. He used chronicles, ‘Tale of Igor’s Campaign’, folk songs and tales, and made attempts to find some rational historical core in them. He argued for studying fold poetry and folk creativity, in general; but he mentioned naivety of etymological explanations of the origin of this or that cult. His ideas on the genesis of religion – and that one of Old Slavs, particularly – were born from the theory of natural religion by David Hume. He said: before humans knew the art of imagining gods, they venerated some objects offered by the nature… they looked at the surrounding world and wondered. From that interest a new feeling of respect and veneration. So, Slavs started to venerate fire and water.

In 1811, he became Professor of Russian language at the University of Dorpat. At the public meeting there on November 12, 1811, he made the ‘Speech on the Love to Motherland. For the Victories of Russian Army on the Right Bank of Danube’. But his activity as professor was not long: in 1812, the war began, and K. went to the military service, headed a movable typography. He was killed by Geinau on May 13, 1813.