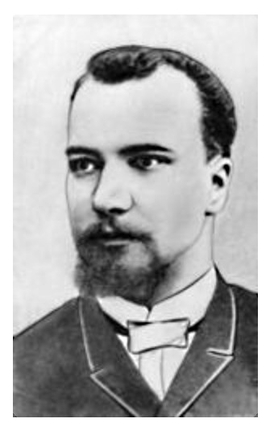 After the gymnasium, he enrolled at the Legal Faculty of the Moscow University. In 1890, he quitted the university and got the degree of Candidate in History in 1893 only, graduating from the Yurievsky University by correspondence. He has made field ethnographical expeditions to Siberia, the Caucasus, the Crimea, the North-West of Russia since 1886.

In 1892, he went to Europe; in Germany and France he studied ethnographic collections of leading museums and visited lectures at several universities.

In 1889-1893, he was Secretary of the Ethnographical Department of the Society of Admirers of Natural Studies; he edited the ‘Collection of Data for Studying the Common Life of Peasants of Russia’, and ‘Etnograficheskoe obozrenie’ (Ethnographic Survey) Magazine (1889).

He was the first in Russia (since 1898) who started to make lectures in ethnography at the Moscow University and at the Lazarev Institute if Oriental Languages.

He died at the age of 35 only. His work was followed by his sister Vera Nickolaevna Kharusina.