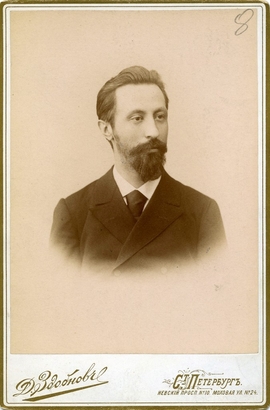 After the Larin Gymnasium, in 1879, he entered the Historical and Philological Faculty of the St. Petersburg University; there he wrote his first research work ‘Roman Byzantine State in the Sixth Century on the Base of Canonic Books of Christian Emperors’.

In 1923, he was fired out of the Leningrad University. In 1921-1924, he headed the Humanitarian Department of the Petrograd Excursion Institute. Since 1925, he worked at the Central Bureau of the Local History. In 1930, he was arrested but escaped long imprisonment. In 1935, he returned to the University as Professor of the Chair of the Medieval History.

He followed the French school of historical research. He was one of the founders of ‘city studies’, and so he worked out large-scaled excursions in medieval cities. On his opinion, Early Middle Ages were a direct development of the Roman social system. Together with his disciples, G. studies mainly culture of Medieval Western Europe, including various aspects of the history of Christianity in the West