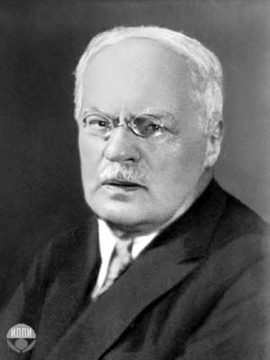 He got education at the Special Classes of the Lazarev Institute of Oriental Languages. After it, in 1899, G. studied at the Historical and Philological Faculty of the Moscow State University; he graduated from it in 1904. In 1904-1908, he was in a business trip in Turkey; after it he taught Turkish language at the Lazarev Institute. Since 1916, he was Ass. Professor. During his stay in Turkey, he wrote a number of articles and notes on inner and foreign politics of the country, its state structure, ethnographic, literary, religious and philosophical, historical and cultural issues. He also used Arabic materials and wrote some works in the field of Arabic studies, particularly – Arabic dialectology. Besides studying history and culture of Turkish people, G. was interested in history and culture of Kurds. In his numerous travels through Turkey and in the course of studying its literature, language, and culture, he put a certain attention to the issues of history and ethnography of Kurds. Since 1905, G. was mainly occupied with studies in Turkish folklore and ethnography, as well as social and economical life of Turkey. His travels to Turkey took place in a difficult time. So, in 1908, he visited Turkey at the period of the Young Turk Revolution, and in 1913 – during the Balkan War. In 1915-1916, after victories of the Russian Army, he got a chance to go the Caucasian Front as military translator.

He participated in the work of the Oriental Commission of the Moscow Archeological Society.