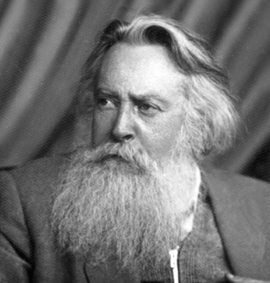 In 1913, he graduated from the Historical and Philological Faculty of the St Vladimir University in Kiev. He wrote diplomas in philology (on the poesy of Sappho) and in philosophy (on the philosophy of Rickert). In 1919-1920, he was sent the Head of the Narkompros A. V. Lunacharsky to the Crimea for the protection of cultural monuments. In 1922-1923, he visited lectures of U. von Wilamowitz-Moellendorf in Berlin, and wrote a work on rhythm and melody of the Greek melikos. Having returned to Moscow, he taught at the Second Moscow University and at the High Literary Courses. He published his works since 1913 (classical translations) and 1916 (lyrical poetry); since the late 1920-s, he actively translated German and classical literary and philosophical texts, wrote his own compositions at the border of philosophical essays, poetry and meditative lyrics. He had a special interest to the Classical epoch (because of the wholesome unity of philosophy and literature) and to German philosophy of the nineteenth century.

In 1936, he was arrested and till 1939 was in the camp in Vorkuta, and till 1942 in exile in the town of Aleksandrov (Moscow Region). In the second half of the 1940-s, he returned to translations of Classical and West European lyrics, prepared an anthology. His method was far more inventive than it was traditionally accepted in the conventional philological approach.

His archive was twice destructed: in 1937 and in 1943. His published works are results of thorough restoration of the lost texts. In his works on myth G. offered an original conception of ‘imaginative absolute’ as a way to understand the logic of imagination.