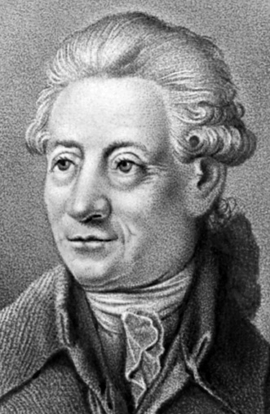 Dortor of Medicine (University of Uppsala), disciple of C. Linneus. He came to Russia on the invitation of the Imperial Academy of Sciences and Arts in 1768. Professor in Mineralogy, Adjunct (1776) and Academician of the Ac. of Sc. (1783). Participant of the expedition of P. Pallas to Siberia.

In the result of his own expeditions to the Volga region, Siberia, the Urals, the Baikal Region, and the Far East, he – for the first time – gave a general historical and ethnographical survey of the peoples of Siberia and Russia. He wrote his work ‘A Description of All Peoples Living in the Russian State with Their Common Habits, Traditions, Houses, Activities, Entertainments, Beliefs, and Other Peculiarities’ in German; in four parts; the first three parts were translated into Russian. He used a common scheme for the description of peoples: such points as territory, origin/name, appearance, language, way of life (economical type), houses, clothes, food, taxes/trades, upbringing/moral principles, rites of the life cycle, religion (cults). In his systematic G. used a number of criteria to unite or divide peoples according their origin, territory, language, administrative state, social aspects, cultural and economical peculiarities. He divided all peoples into five groups: (1) Russes (historical connection to the Old Rus’); (2) Slavs or Sarmatians (origin and language); (3) Tartars (language); (4) peoples who lived in Russia since old times (territory and administrative state); (5) newcomers and migrants. Religious beliefs were among the most important characteristics of his methods of description of a certain ethnic group, beside language and other cultural aspects.

In the third part of the book, there is a special chapter ‘On Shamanic pagan law’ – the author treated it as “one of the most ancient beliefs’, as well as ‘roots of Lamaism, Brahmin, and others’. He noted that Shamanism was spread among many peoples: ‘Finns, Tartars, Samoeds [Nentsy], Ostyaks, Krasnoyarsk, Manchu, and East Siberian peoples, inhabitants of the islands of the Eastern Sea, Buryats’. At that, he mentioned that it would be possible to expect differences in religion of so different peoples, speaking different languages, living in different ways, but – just the opposite – ‘the main basics of faith and the most important rites stayed in the noteworthy similarity’.

He classified religious beliefs of the ‘Shamanic type’ on the base of the world view, conceptions of soul and spirits (gods), ceremonial rites and sacrifices, the cult of ancestors, approach to women. The origin of superstitions he saw in the fear: ‘Many peoples believe in wizards, ghosts, home spirits, witches, deads’ apparition, forest and river spirits, werewolves and so on. This, rather strange, product of imagination appeared from an empty or childish fear. There is nothing more awful for human mind, and nothing makes a deeper impression, as an imagination of an unseen force, which is longing only to our foe, and to which we try no to oppose’.