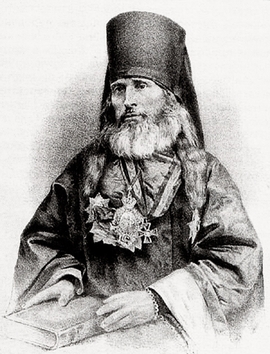 He graduated from the Tambov Spiritual Seminary and the Moscow Spiritual Academy (1830), In 1830, he became hieromonk and was invited to work at the Moscow Spiritual Academy; in 183501841, he was its Rector. Since 1841 he was Bishop of Riga, from 1848 – Bishop of Kharkov and Akhtyrka, in 1859-1866 – Archbishop of Chernigov and Nezhin. In 1860, he got the degree of Doctor in Theology according a decision of the Synod.

Full Member of the Imperial Society for History and Russian Antiquities at the Moscow University. His main works were dedicated issues of patrology, history of Russian Church; he made the first attempt to analyze the Synodal period (up to 1826).