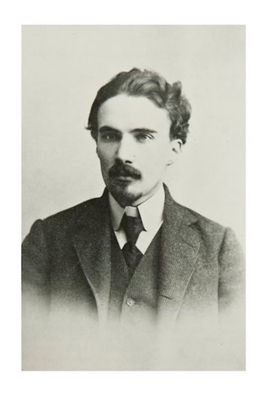 He studied at the St. Petersburg Technological Institute (1904 – 1905). In 1905–1906, he took part in political activity as a member of the Socialist Democratic Party. After his arrest (1906) and release (1907), F. went to Germany, where visited lectures at the University of Jena (1907-1908) and took part in the political activity. In 1908, he enrolled to the Historical and Philological Faculty of the St. Petersburg University; his supervisor was I. М. Grevs. Because of political persecutions, in 1910, F. had to go to Italy; having returned, he kept his education, but in 1912, he was sent out of St. Petersburg and moved to Riga.

Having returned, he passed through his Master exams and got a position of Ass. Docent, taught at the Petrograd University (1918-1920), his courses were: ‘Iro-Saxon Mission in early Middle Ages’, ‘History of England in the Saxon epoch’, ‘Ecclesiastic History by Beda the venerable on the base of a manuscript of the Public Library’. He worked in the Public Library (1916-1920), and wrote his Master thesis ‘Saint bishops of the Merovingian epoch’, which was not completed.

He took part in the work of religious and philosophical groups, building a copception of socialization of a Christian. In 1920-1922, he headed the Chair of the Medieval History at the Saratov University. In 1923, he returned to Petrograd and made translations.

He went to emigration in 1925; made lectures at the Theological Institute in Paris (1926-1940). Keeping his idea of Christian Socialism, F. was away from all political groups, but actively participated in ecumenical work.

In 1941, he went to the U.S.A., made lectures at the University of Yale and at the St Vladimir Seminary in New York.

In emigration he wrote a large number of works on the history of Russian spiritual culture.