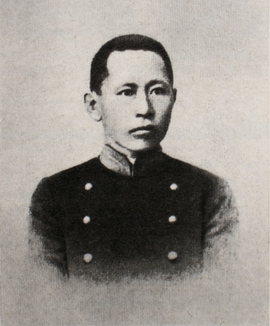 He graduated from the Oriental Faculty of the St. Petersburg University, where he studied at S. F. Oldenburg, A. D. Pozdeev, and V. V. Grigoriev.

In 1899-1902, he traveled to Central Tibet with a group of pilgrims. At the edge of the nineteenth and twentieth centuries, Tibet was closed for European researchers, and its capital Lhasa was almost unknown. A lucky combination of scholar and Buddhist gave Ts. A chance to get the desired result: he visited Lhasa, surrounding monasteries, met Dalai Lama XIII, acquired many books in Tibetan language, and filled the gap in ethnographical knowledge about that region.

Having returned from his travel, Ts. Published a book which is still actual for researchers: ‘Buddhist Pilgrim at the Sacred Places of Tibet’, where he performed materials on ethnic and cultural, social, and religious peculiarities of the life of Tibetans, including a detailed description of the institute of Dalai Lama, religious rites, monasteries and temples, libraries, Buddhist literature.

Later he studied thoroughly Tibetan-Mongolian Buddhism, Buddhist literature, Tibetan and Mongolian languages, their evolution and grammar and vocabulary, the history of translations into Russian – particularly he translated ‘Lamrim Chenmo’ (Steps on the Way to Bliss) by Tibetan religious reformer Tsongkhapa (1357-1419), whose language was a sample for many Buddhist authors.