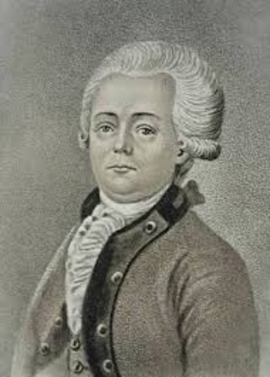 At the age of twenty, Ch. was known through his numerous ‘good verses and novels’ (Metropolitan Eugeny (Bolkhovitinov) noted). He was the author of a collection of literary fairy-tales and realistic stories ‘Mocker, or Slavenic Fairy-Tales’ (1766-1768, 1789), and a novel ‘Comely Cook, or Adventures of a Lewd Woman’ (Part 1, 1770; Part 2, date unknown). He was editor of popular magazines ‘Mocker’, ‘Scruple-maker of Parnassus’, ‘This and That’.

He published ‘The Historical Description of Russian Commerce…’ (1781-1788) and a number of works in economics, and became the first author in the field of the economical history of Russia. He also published ‘The Legal Dictionary, or the Compendium of Russian Laws…’ (1792-1795), where he systematized Russian legislation from the Council Code (Sobornoye ulozhenie) 0f 1649 till the acts of 1790-s.

His significant input into folkloristic was a publication of “A Collection of Various Songs’ (Parts 1-4, 1770-1774), which included the broadest repertoire of Russian songs of the eighteen century, including genuine folksongs (soldiers’ peasants’ songs, those on Stepan Razin , etc.).

The first attempt of systematization of Russian mythological concepts was performed in his ‘Short Mythological Lexicon’ published in 1767, and then republished in the magazine ‘This and That” in 1769. In 1782, Ch. prepared and published ‘Lexicon of Russian Superstitions’, republished in 1786 under the title ‘A-Be-Ve-Ga of Russian Superstitions’. It was a systematic thesaurus of mythological (including cosmogonic) concepts and ideas, festivals and rites of Russians and some other peoples of the Empire: Mordovians, Chuvash, Tartars, Kalmyks, Saami (Lopari), Ukrainians, Cossacks of Don, peoples of Kamchatka and son on. The sources of the Lexicon were books by Russian travelers (Krasheninnikov, Gmelin, Georgi), ‘Old Russian History’ by Lomonosov, etc.

The Lexicon included articles on mythology and cult practice. The article ‘Faith’ is of special interest; the author analyzed the mythological worldview, gave a comparative analysis of archaic cosmogonic ideas of various peoples, described animistic beliefs. He even compared beliefs of Siberian peoples with classical myths.