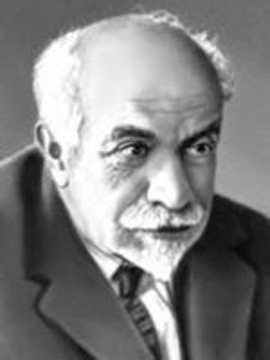 Bogoraz (Tan) Vladimir (1865–1936) – social figure, scholar and organizer of research activity, linguist, ethnographer and anthropologist, historian of religion, poet, writer and journalist, Professor, Correspondent Member of the Ac. of Sc. of the U.S.S.R. Before 1917, he was actively involved into political activity: since 1881, as a member of ‘Narodniki’ revolutionary movement, in 1905 – in the ‘Peasants Union’, in 1906 – in the ‘Labour Group’ (Trudoviki) of the State Duma; worked for newspapers as journalist under the pseudonym ‘Tan’. In 1889, he was arrested and sent to exile to Srednekolymsk for ten years. There he started his studies of the life of the native population of the Far North; for theree years he has wandered with Chukchi nomads. B. took part in the Jesup North Pacific Expedition headed by Franz Boas.

From 1901 till 1904, B. was Curator of the Museum of Natural History (New York). Since 1918, he has been Keeper of the Museum of Anthropology and Ethnography of the Ac/ of Sc/, Prof. of the Leningrad State University; he became a founder of a research school in ethnography and religious studies, founder of the institute of the peoples of the North (1929), founder and the first Director (1932-1936) of the Museum of the Hostory of Religion of the Ac. of Sc. of the U.S.S.R. He wrote numerous works on the history of religion – first of all, on Shamanism and on the culture of Siberian peoples; his research on Chukchi (in 4 vol.) became world-known.

In the course of his studies of the people of Chukchi, B. shaped an original conception of development of primordial religious beliefs, Animism, first of all. He considered, that the primordial belief in spirits was connected with veneration of objects, and spirits were separated from objects comparatively late, and so, the religious conceptions of primordial people passed through five steps. The first one was subjective and shapeless identification with nature. The second one included searches for outer similarity with humans (at least, in vague and random form). The third one was shaping the idea of two forms of objects (common and human, transformed ones). The fourth step supposed shaping the idea of geniuses living inside objects and connected with them, who were able to leave their objects for some time; and the idea of human soul detached from body. The fifth step included shaping the idea of human-like, independent from objects, free-moving spirits; the idea of deceased who existed after their physical death; the initial cult of ancestors. Also, B. built a conception of three steps of development of Shamanism: general, family, and individual ones. He wrote that Shamanism was a stage of development of ritual Animism, and Animism represented theology and philosophy of Shamanism.