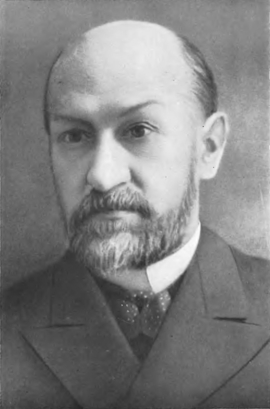 Bartold Vasily (1869–1930) – orientalis, specialist in the history of the Middle and Near East, and in Islamic studies.

He graduated from the Oriental Language Faculty of the St. Petersburg University (Arabic-Persian-Tartar-Turkish Part). He got Doctor degree in Oriental History for his thesis ‘Turkestan in the Epoch of Mongolian Invasion’. His supervisors were: Arabist V. R. Rosen and Oriental historian N. I. Veselovsky. In 1901, B. got a position of Ass. Professor, and in 1906, of Full Professor of the St. Petersburg University. In 1904, he made excavations near Samarcand for the Russian Committee of Studying Middle and Eastern Asia. In 1906, from the Oriental Language Faculty he was sent to Constantinople and Cairo for work with manuscripts. In 1910, B. was elected for Correspondent Member of the Ac. of Sc, in Petersburg; in 1913 he became Academician. For the first publication of his book ‘The History of Studying Orient in Europe and in Russia’ (1911) B. was awarded with the golden medal of the Russian Archeological Society. From 1912 till 1913 he was Editor of the ‘Mir Islama’ (The World of Islam) Magazine. Since 1917, he restored the magazine under the title ‘Musul’manskyi mir’ (The Moslem World). After the Revolution 1917, he was Chairman of the Orientalists’ Collegium of the Ac. of Sc. He regularly made research trips to Middle Asia, the Caucasus, Turket and countries of Western Europe.