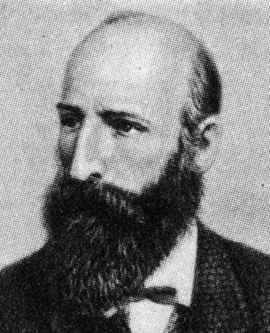 During his studies at the Moscow University, he was under the influence of such representatives of the historical and legal school, as K. D. Kavelin, and F. I. Buslaev. After graduating the University, he worked as a manager of the Commission on publication of state charters and agreements by the Moscow Main Archive of the Ministry of Foreign Affairs. He worked for the ‘Sovremennik’ magazine, and edited the ‘Bibliographicheskie Zapiski’. After 1865, A. worked at the Moscow City Duma, and as secretary of JP. A. was one of the leading researchers of the ‘mythological school’ in Russia; he edited a fundamental collection of Russian folk fairy-tales, the most part of which were selected in the archive of the Russian Geographical Society, about 200 texts were provided for A. by V. I. Dahl. Some fairy-tales – folk narrations on saints and God from ‘Russian Folk Legends’ (1859) – were prohibited after a protest of the Ober-Procurator of the Most Holy Synod A. P. Tolstoy; because of the censorship, ‘Russian Undercover Tales’ were not published in Russia, and were published partly in Switzerland in 1867 only, and in 1997 they were published in full scale.

Since 1840-s, A. has been involved into the activity of the ‘Moscow circle’ centered around historian and ‘Westerner’ T. N. Granovsky, together with K. D. Kavelin. They were in contact with A. I. Herzen, sent him for the publication in London those materials which could not be published in Russia because of the censorship. Contacts with political emigrants became a reason that A. was under one of the greatest political trials of 1860-s – ‘the trial of 32’ (‘A Case of persons accused in relations with the London propagandists’); he was cleared but the state service was closed for him.