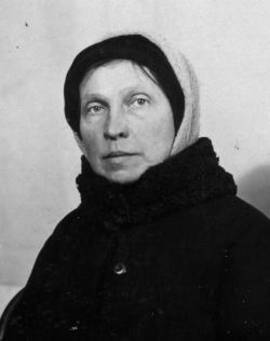 Eleonskaya Elena (1873‒1951) – was born in Sergiev Posad; her father N.А. Eleonsky was priest; since 1892, he had taught at the Moscow University, where he headed the Chair of Theology. He supported his daughter in her will for education. In 1902, she entered the Higher Female Courses in Moscow, after the successful graduation she stayed at the Chair of Russian Language and Literature, where he worked under the supervision of V.F Miller, who made a great influence at her studies of folklore. In 1906, she started to teach folklore and ethnography at the Moscow Higher Female Courses.

She took part in gathering collection of Russian folklore and wrote reviews of contemporary western publications in the field of mythology and the history of religion. The most important of her works were about religious ideas in the basement of folklore and fairy tales. She used the method of ‘survivals’ (relics) and analyzed elements of Animism, and Totemism in fantastic details of folk takes, and compared them with archaic religious ideas.