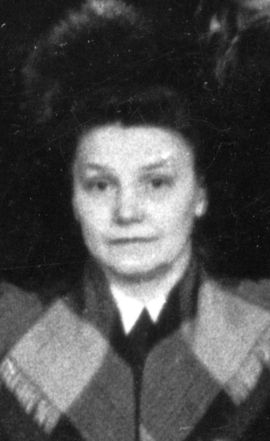 Candidate thesis “The Doctrine of E. Taylor on the пережитках’ (Institute of Ethnography of the Ac. of Sc. of the U.S.S.R., 1948); in 1975 — Doctor thesis ‘Missionary Work and Colonialism (on the Materials of the peoples of Oceania)’ (1975).

She studied problems of the history and ethnography of the peoples of Australia and Oceania, the history of the missionary work in that region; she wrote articles on various problems of museum work, and atheistic upbringing.

She was the wife of ethnographer, specialist in the culture of the peoples of Australia and Oceania N.А.Butinov.