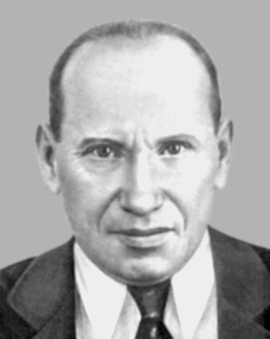 In 1922, he graduated from the Institute of National Economy, worked for various newspapers; since 1938, he was Executive Secretary and than Chief Editor of the periodical collection of research articles ‘Istoricheskie zapiski’ (Historical Notes); from 1944 till 1958, he worked at the Institute of History of the Ac. of Sc. of the U.S.S.R. In 1945, he defended his Candidate thesis on the history of Russian publicism of the sixteenth century. His main research interests laid in the field of the history of social thought of medieval Russia. Particularly, he studied ‘The Tale of Igor’s Campaign’ – mostly in the aspect of the analysis of the author’s views. In other works B. put a special attention to monasteries and their place in religious, cultural, and social and economical system of Russia. He made accent at the economical history of monastic property – particularly, at the relations with peasants; also he studied ‘lives’ of saints as a source. He studied medieval religious movements in Russia: Josephits, Non-Possessors, Strigolniks; he wrote about anti-feudal character of medieval heresies but did not miss their theological aspects, too. On his opinion, one of the reasons of the development of those heresies was a growth of cities and shaping of bourgeoisie, which became a milieu of criticism aimed to ecclesiastic institutions.