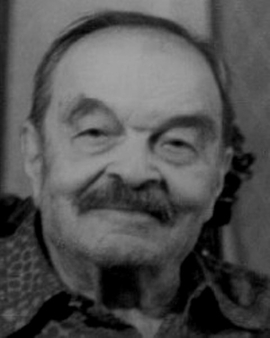 In 1906–1915, learnt in the Sixth St. Petersburg (Petrograd) Gymnasium, where he early demonstrated his interest to classic languages and antiquities. In 1915-1917, he studied at the Polytechnic Institute; in 1917, he trasfered to the Petrograd University where he studied till 1922 (with a break when he served in the Red Army in 1918-1920). After graduation he was invited to the Research Institute of Comparative History of Literature and Languages of West and East; in 1924-1927, B. worked there as Researcher. Thanks to his knowledge of foreign languages, in the late 1920-s, he worked at the Department of Foreign Media of the Comintern. Since 1928, he has been lecturer, and since 1933 – at the Chair of Classic Philology of the Leningrad State University. In 1938, he got Candidate degree in Philology without defending thesis, and Docent degree. In 1942-1944, he was in evacuation in Saratov. In 1951-1953, he was Head of the Chair of Classic Philology of the Leningrad State University. Leaving the university in 1968, he still made his research.

He published more than 200 works; B. was known, first of all, as Classic philologist, translator of classic and medieval authors and works from contemporary philological works, one of the greatest Latinists in the country. He was one of the founders of the Academy of Alive Latin (Academia Latinitati fovendae), author of original verses in Latin and Ancient Greek. He made a significant input in the interpretation of Russian literature in the field of classic studies.

As for his religious studies, B. wrote an article ‘Overcoming of Religious Element in Ancient Greek Law’ (1926) for the collection of articles ‘Religion and Society’, he worked long with Lucretius poem ‘On the Nature of Things’ and the history of Epicurean philosophy.