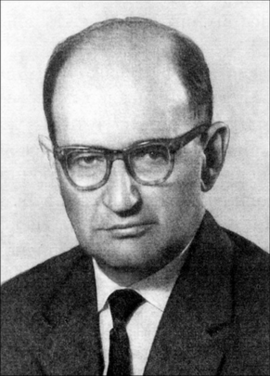 He was born in a family of a medical doctor. After the Leningrad State University, B. studied at the post-graduate courses under the supervision of P. P. Efimenko. In 1934, he defended his thesis ‘Historical premises of shaping the so called Homo sapiens’. In 1934, he became Docent at the Leningrad Institute of History, Philosophy and Linguistic, and worked also at the sector of distance learning at the Historical Faculty of the Leningrad State University. In the same year, he got a position at the Sector of Field Research of the State Academy of the History of Material Culture; and in 1935 – of the Institute of the History of the Pre-Class Society at the same Academy. In 1937-1941, after the reorganization of academy, he was transferred to the Sector of Paleolithic and Neolithic of the Leningrad Branch of the Institute of Archeology of the Ac. of Sc. of the U.S.S.R. In 1936, he became Professor.

In July 1941, B. was mobilized into the Army; he was wounded by Nevskaya Dubrovka in the end of the year, and since the spring 1942, he got a position of teacher at the Military Infantry School in Ashgabat; there he started archeological excavations. In 1946, he returned to Leningrad; in 1946-1951, he worked at the Sector of Paleolithic and Neolithic of the Leningrad Branch of the Institute of the History of Material Culture, and in 1951 – Sector of Paleolithic of the Leningrad Branch of the Institute of Archeology of the Ac. of Sc. of the U.S.S.R.; in 1962, he became Head of that Sector.

In 1952, B. defended his Doctor thesis ‘Paleolithic of the Ukraine. Historical and archeolocgical essays’. Since 1959, he has been Prof. of the Chair of Archeology of the Historical Faculty of the Leningrad State University.

In 1960-1961, he made a cycle of lectures at the University of Hanoi (Vietnam). Since 1979, he has been Senior Researcher and Consultant of the Leningrad Branch of the Institute of Archeology of the Ac. of Sc. of the U.S.S.R.

He was pioneer researcher of a number of Paleolithic sites in the European part of the U.S.S.R. (Luka Vrublevetskaya, Kostionki, Pushkari etc.), in Middle Asia (Turkmenistan), in South Eastern Asia (Vietnam).

In 1936, after the arrest of his colleague S. N. Bykovsky, B. was excluded from Komsomol – with the accusation of a lack of ‘class vigilance’ and the very fact that he did not accused Bykovsky. In 1941, at the front, B. became a member of the Communist Party.

Among 234 works by B., there are not special studies on religious topics, but his finding of practical archeologist and his theoretical research on anthropogenesis

and forms of social life in the period of Paleolithic build a sound fundament for any works in the sphere of the most ancient manifestations of religion.