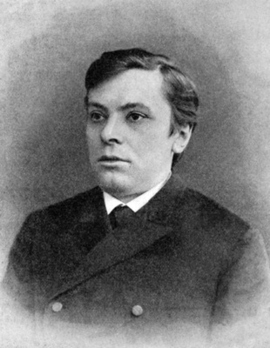 He was born in a family of a church lector; studied at the Ostashkovo Spiritual School (1863-1869) and Tver’ Spiritual Seminary (1869-1875). In 1875, he enrolled at the Ecclesiastic History Department of the St. Petersburg Spiritual Academy, where he studied ancient and contemporary languages. In 1878, he graduated from the academy; in 1879, he got his Master degree. In 1879, he also became Docent; and in 1884 – Ass. Prof, and in 1896 – Full Prof. at the Chair of Ecclesiastic History. He served at the Ministry of Foreign Affairs as translator, where he got the rank of Active State Councillor out of order; B. took part in shaping foreign ecclesiastic politics (transferring Urmian Nestorians into Orthodoxy; establishing communion of Old Catholics with Orthodox Church). In 1896, he got Doctor degree in Ecclesiastic History honoris causa. Earlier, in 1893, he was elected for Correspondent Member of the Imperial Ac. of Sc. – at the Department pf Historical and Political Disciplines.

He read in more than 30 ancient and contemporary languages, wrote a great amount of works, including non-published ones. The absence of general monographic research could be balanced with the publication of his ‘Lectures on the History of Ancient Church’, prepared by A. I. Brilliantov on the base of students, notes and lithography of lectures.

He was a founder of the school of ecclesiastic history at the St. Petersburg Spiritual Academy. He always declared his complete loyalty to ecclesiastic tradition, and it put some limits at his research considerations making his approach mainly theological.