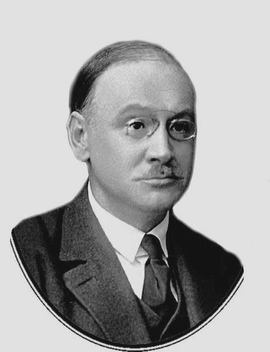 He was from a gentry family of the Kharkov Region. After finishing the Tenth St. Petersburg Gymnasium, he entered the Classical Department of the Historical and Philological Faculty of the St. Petersburg University; he graduated from it with the Diploma of the First level in 1907, and was invited to prepare himself for Prof. In October 1907, he was sent abroad with research and educational aims. For two years and a half, he passed readings in Heidelberg, Munich, and Berlin; he gathered materials for his thesis in Italy, mainland Greece, and on the Crete. Having returned to St. Petersburg, he made lectures at the High Female Courses, at the Psycho-Neurological Institute, and at the private Gymnasium of M. N. Stoiunina; he was member of the Archeological, Geographical, and Historical Societies.

On May 14, 1916, he defended his Master thesis and prepared the first volume of the book ‘Agrarian Religion of Athenes’. On June 23, 1916, B. got a position of Ass. Docent at the Chair of Classical Philology of the Petrograd University, with a duty to make lectures at the perm’ Branch of the university (it was founded according a decree of the Council of Ministers on June 17, 1916). After the foundation of independent Perm’ University (July 1, 1917), B. got a position of Prof. in Classical philology. He organized the Society of Historical, Philological and Social Studies at the Perm’ State University (1917), made numerous reports on history, culture and religion of Ancient East and Classic World. In 1919, when the White Army advanced, he was evacuated to Tomsk. In 1919-1920, he worked as Ass. Docent, then Prof. At the Chair of the History of Classic World of the Faculty of Social Studies at the Tomsk State University, and headed the Cabinet on the History of Religion. In 1921-1922, he was Rector of the Tomsk University. When the Faculty of Social Studies there was closed, B. returned to Petrograd; since 1922, he has been Prof, Head of the Chair of the History Material Culture of the Petrograd State University. In parallel, he had some administrative positions, including: Deputy Rector on Students Affairs (1027-1929), Secretary and Deputy Dean. In 1929-1931, he headed the Chair of the Pre-historical History of the Historical and Linguistic Faculty of the Leningrad State University. Since 1931, he headed the Chair and the Cabinet of the History of Material Culture of the same faculty. At the same time, he was Full Member of the State Academy of the History of Material Culture (since 1922).

Research Consultant of the Museum of the History of Religion of the Ac. of Sc. of the U.S.S.R., where they prepared permanent exhibitions on the religion of Primordial Society and the Cretan and Mycenaean Epoch under his supervision. In the works of 1920-s – 1930-s, B. followed the methodology by N. Ya. Marr (Japhetic theory).

He died in the period of Blockade of Leningrad in May 1942.