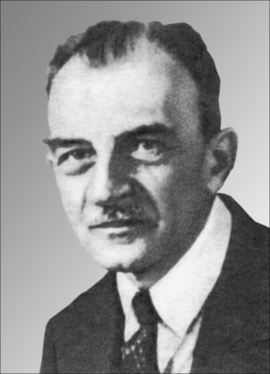 His supervisor was E. N. Shchepkin; B. graduated from the Novorossiisk University. In 1912, he defended his thesis ‘Salimbene. Essays on Italian Culture of the Thirteenth Century’. He made lectures at the Novorossiisk University in Odessa. Since 1920, in emigration, he worked at the University of Skopje, then, since 1924, at the Chair of Modern and Contemporary History, University of Sophia. He studied various aspects of medieval religious mentality, the history of Franciscans, Joachime of Fiore and his followers, specifics of mysticism in the context of individuality, and so on. A special interest of B. to individuality was manifested in his disagreement with the idea by L. P. Karsavin on ‘typicality’ of genius for his epoch. In his research B. considered religion in the context of culture and from two points of view: from one hand, he interpreted religion as one of the most important characteristics of changing historical epochs, noting that in the sixth century BCE there was a single and conscious leap from natural cults to monotheistic systems of beliefs, and it laid the fundament for the new civilizations. From another hand, he tried to study religious views of certain person, to reconstruct the worldview of medieval person.

B. was buried at the Russian Cemetery in Sophia (Bulgaria).