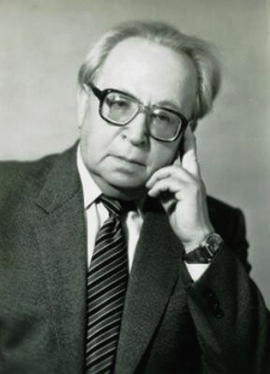 He finished Hebrew school and graduated from the Minsk Teachers-Training Professional School. In 1932, he graduated from the Hebrew Department of the Faculty of Literature at the Moscow State Teachers-Training Institute named after Bubnov. In the course of his studies in Moscow, he was invited to GOSET (State Hebrew Theatre) to make lectures in philosophy. From 1932 till the moment of closing the theatre in 1939, he was Director of the Moscow State Hebrew Theatre School at GOSET; he taught more than 1500 actors for Hebrew theatres of the U.S.S.R. He worked as editor in the Der Emes Publishing House; in 1944, he published there his own book ‘Acosta, Spinoza, Maimon’.

Before the WWII, B. entered the Communist Party; in 1948, he brought the body of S. M. Mikhoels to Moscow. In the beginning of 1949, he was arrested and sentenced for ten years of imprisonment according the case of the Hebrew Anti-Fascist Committee; he was in the GULAG camp in the Karaganda Region, workd as mine surveyor, directed performances in the camp theatre; B. received freedom in 1954.

Having returned to Moscow, B. worked at the Shchukin High Theatre School, headed one of the chairs. Since 1956, he has worked with the ‘Znanie’ Society as lecturer. For the following thirty years, he has published at least twenty books and booklets with Judaism and Talmud criticism. Besides, he wrote chapters on Judaism in collective publications and handbooks (‘Desk Book of Atheist’, ‘Pocket Thesaurus of Atheist’, ‘Atheist’s Companion’).

In 1967, he defended his Candidate thesis in Philosophy ‘Critical analysis of dogma, cult and ideology of Judaism’.

Since 1959, B. edited a collection of works by Sholem Aleichem for its publication in Russian. After a visit to the U.S.A. in 1977, where he met Bel Kaufman, a granddaughter of Sholem Aleichem, recent emigrants from the U.S.S.R., he was forced for retirement. In 1990, B. moved to Israel, where he published his work on Maimonid soon before his death.

Texts on Judaism published by B. in the U.S.S.R. could be divided into two groups. The first one includes books on Jewish medieval free-thinkers: a book on Spinoza philosophy, and a book of his biography, some publications on Acosta; they are close to the early work of 1944, published in Yiddish. The second one includes popular Atheistic books and booklets.