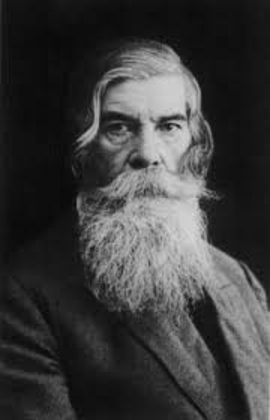 In 1873, he graduated from the Vyatka gymnasium; in 1878, he graduated from the St. Petersburg Medical and Surgical Academy (now the Military Medical Academy), in the fifth year of education he participated in the Russian-Turkish war, providing assistance to the wounded. In 1881, B. defended his PhD dissertation ‘Experience in the Clinical Study of the Body Temperature at Some Forms of Mental Illness’. In 1884-85, he completed an internship in Germany, France, and Austria, including work under the supervision of one of the best neurologists of that time P. Fleksig, to whom he later dedicated his two-volume monograph ‘Pathways of the Spinal Cord and Brain’ (1900); he also worked at the W. Wundt's laboratory and at the clinic of J.-M. Charcot. Since 1885, B. was Professor at the Kazan University, where he created the first psychophysiological laboratory in Russia; and since 1893, he headed the Department of Mental and Nervous Diseases of the St. Petersburg Medical-Surgical Academy and was the Director of the clinic of mental diseases that was a part of it. Since 1896, the magazine ‘Review of Psychiatry, Neurology and Experimental Psychology’, created by B, has begun to be published. In 1907, B. participated in the foundation of the Psychoneurological Institute, which was supposed to be headed by him in 1914, but this did not happen, since he defended M. Beilis, presenting to the jury a psychological and psychiatric examination, which excluded Beilis's mental disorder. As a result, Beilis was acquitted. After that, B. was fired out from the Medical-Surgical Academy and the Women's Medical Institute. During the First World War, B. helped in the reorganization of the Psychoneurological Institute into the Military Hospital, and, after the Revolution 1917, he started to work in the scientific and medical department of the People's Commissariat for Education. In 1918, B. organized the Institute for the Study of the Brain and Mental Activity, the Director of which he was until his sudden and possibly violent death in 1927.

He wrote almost two thousand research works, the most significant among them was the already mentioned two-volume publication of 1900, as well as the seven-volume work ‘Basics of the Doctrine of Brain Functions’ (1903-1907), and the three-volume ‘Objective Psychology’ (1907-1910). In line with the general tendencies of scientific psychology of that time, B. was also interested in some issues of psychology of religion. Like other psychologists, he studied hypnosis and suggestion, therefore he investigated the phenomenon of miraculous healings. In his work of 1903 ‘Suggestion and its Role in Public Life’, which included, among other things, his earlier articles on various types of suggestion, B. examines the mechanisms of the emergence and functioning of mental epidemics; he offers his vision of suggestion as a phenomenon, explores it both during hypnosis and in the waking state, describes auto-suggestion and mutual suggestion. B. was especially concerned with ‘psychopathic epidemics of religious nature’ associated with the emergence of new religious movements, both in Russia and in the West (for example, the case of one German emigrant in the United States, Schlatter, who performed miraculous healings by the laying on of hands), as well as ‘epidemics’ of witchcraft, hysteria, and mystical teachings. B. emphasized the role of suggestion and mental epidemics during crisis situations in society. Later, he continued to develop the psychology of religion. So, in the article ‘Hypnosis, Suggestion, and Psychotherapy, and Their Therapeutic Value’ (1911), he considered the importance of faith for healing patients; and in the article of 1925 ‘Suggestion and Miraculous Healings’ he analyzed cases of healing some mental ailments “by the power of suggestion associated with a religious upsurge”.