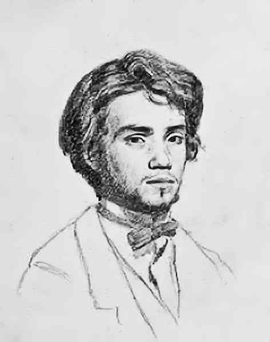 In 1870, he graduated from the Legal Faculty of the St. Petersburg University and started his work at the Chair of Roman Law. In 1872, he defended his Master thesis ‘On the difference between tutelage and patronage according the Roman law’. From 1873 till 1876, he was at his training period abroad. Since 1876, he has been Ass. Professor at the Demidov Legal Liceum. In February 1876, he finished his Doctor thesis ‘Patricians and plebeians in Rome’; the work was criticized by S. A. Murumtsev, Docent of the Moscow University; as a result, A. defended his Doctor thesis a year later, at the Novorossiisk University and at another topic: ‘Precarium according the Roman Law’. In May 1882, he got a position of Full Professor at the Novorossiisk University, and since April 1887, he has been Professor at the Warsaw University, at the Chair of Civic Court. In 1890-s, he started to make his lecture courses in the Roman Law. Works by A. were centered at several problems; from one side, there was the history of the Roman law both in the Western and Eastern Roman Empires (Byzantine law as well); from the other side, he studies Roman social structures. That second field was closely connected with the point of correlation of Early Christian ethics and Classical one. A. studies that aspect in the context of the general sphere of Roman civic society – it corresponded with the works of German legal historian Rudolf von Jhering. In 1905, the name of A. is absent in the list of professors of the Warsaw University.