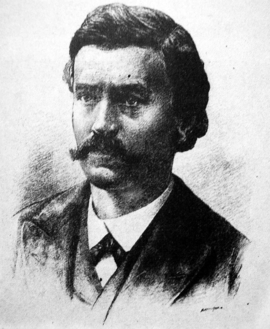 He graduated from the Kievan St Vladimir University, In 1860, he defended his thesis ‘On the Negro Trade’. His Doctor’s thesis was ‘The Essay on the history of the Grand Duchy of Lithuania up to the death of Grand Duke Olgerd’ (1878). A. taught in the First Kievan Gymnasium and in the Cadets’ Corpus, at the Kievan University; also he worked as researcher and publisher at the Kievan Central Archive and at the Kievan Archeographic Commission. In 1880-1883, he was the Dean of the Historical and Philological Faculty of the Kievan University; he made lectures on the Old Russian history, took part in organization and work of archeological congresses in Russian and in Europe.

A. was known as one of leaders and ideologists of people’s and cultural movement among the Ukrainian intelligentsia, its participants were scornfully called ‘chlopomans’ (from Polish. chłop — villain, serf); those people tried to be closer to common people, changed Roman Catholicism to Orthodoxy, stood for the liquidation of serfdom and monarchy. A. was also one of founders of the ‘Staraya Gromada’ Group (the title meant ‘Old Society’ in Ukrainian; it was also known as ‘Kievan Gromada’), which was involved into social and cultural-educating activity in Ukraine (1859-1876) and was prohibited in 1876.