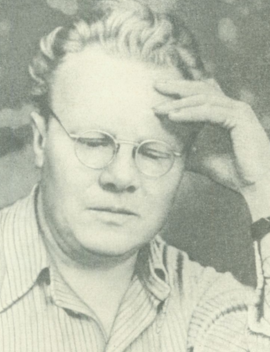 Anisimov Arkadiy (1910–1968) – ethnographer, historian of religion, specialist in the culture of Evenks.

In 1927, he entered the Social Disciplines Faculty of the Leningrad State University. From 1932 till 1935, studied at the post-graduate courses of the Institute of the Peoples of the North; his supervisor was Ya. P. Koshkin. In 1935, A. defended his thesis ‘The ancestral society of Evenks’ on the base of materials gathered in the course of his work together with Koshkin in the Turukhansk Region.

He was a specialist in the origin of religious beliefs, early forms of religion, and Shamanism. In 1948, A. got the Doctor degree for his thesis ‘Points of the Genesis of the Evenks’ Religion’.