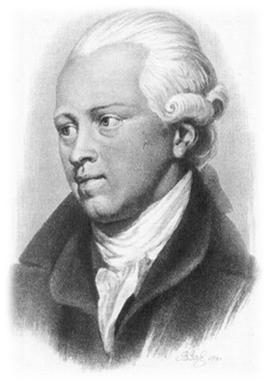 He gained fame for his thesis ‘Reasoning from natural theology on the origin and developing of the natural veneration of God’ (1769), which induced protests from the most part of professors of the university Conference and from spiritual authorities. In the reworked form it was submitted for defense under a new title: ‘Philosophical consideration on the origin and developing of the natural veneration of God at various, especially ignorant peoples’; A. analyzed problems of the origin of religion in the context of the newest theory – the concept of the ‘natural’ religion. He opposed the idea of the ‘natural’ origin of religion to theological views of the congenital religious feeling; he argued for the idea that all religions were born from ‘fear’, ‘shade’ (phantasms) and ‘astonishment’. In the third chapter of his thesis (Astonishment) A. gave the euhemeristic theory of the origin of faith in gods.

A. studied problems of correlation of language and thought, origin and evolution of philosophical and scientific concepts, he criticized the theory of congenital ideas and developed the theory of materialistic Sensualism, resting on ideas of Lucrecius, F. Bacon, and J. Locke.