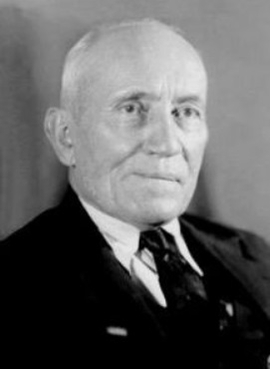 After the Tashkent Male Gimnasium (1899 — 1893), he entered the Turkestan Teachers Seminarium (with courses of Persian, Arabic, and Uzbek languages), where he was under strong influence from the teacher of ‘local languages’ V.P. Nalivkin. At the same time, he studied at the Medrese Ishan Kuli-dodho. As ethnographer he was shaped with the works by N.N. Kharusin, and L.Ya. Sternberg.

After graduating, for two years, he has taught at the Teachers Seminarium; in 1896, as a Deputy Clerk of Special Missions of the Ministry of Foreign Affairs P.А. Polovtsov, A. conducted archaeological and ethnographic research in the Middle Asia, he visited St. Petersburg, where he made acquaintances with V.V. Radlov, S.F. Oldenburg, V.V. Bartold, C.G. Salemann. In 1906, he was personal interpreter of P.А. Polovtsov, who became Consul in Bombay; then, on the commission of the Ac. of Sc., A. gathered collections in French Indochina. Having returned to Russia, he worked as Inspector of People’s schools in the Samarkand Region. He kept his scholarly studies; particularly, on the commission of the Russian Geographic Society, he conducted the work on the ethnographic map of Turkestan. After the Revolution 1917, he was the Director of the Turkestan Oriental Institute in Tashkent, taught at the Oriental Faculty of the Middle-Asian State University. Programs of his courses show that he put much attention at studying folk religious practices and beliefs.

In 1930, he was arrested and exiled to Alma-Ata (1932 — 1934), where he worked at the Kazakh Teachers-Training Institute, took part in the research work of the Kazakh Research Institute for Language and Literary Studies, he headed the Ethnographic Department of the Central Museum of Kazakhstan. Having returned to Tashkent, he worked at the Museum of Arts there (1934 — 1940). In 1938, he was arrested again and accused as a British spy; he got freedom  in 1939. In 1944—1947, he worked at the Institute of History and Archaeology of the Ac. of Sc. of the Uzbek S.S.R.; in 1947, he moved to Stalinabad, where he prepared the opening of the Museum of Archaeology and Ethnography. He died in 1948, under tragic circumstances.