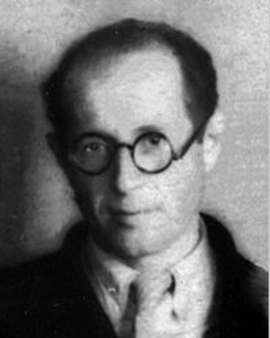 He learnt Hebrew in cheder; at the age of 15 he came to Leningrad, where worked as unskilled worker and learnt at economical school. At the same period he visited Hebrew library in Stremiannaya St. In 1928, A. was arrested as a member of youth Zionist group; a special collegium of the OGPU sent him to exile to the Tomsk Region (Siberia) for three years. In 1935, he entered the Historical Faculty of the Leningrad State University. In 1938, he was arrested again and sent to the Ussol’lag for eight years. In 1939, his case was reconsidered, and he returned to Leningrad and kept his studies at the university, passing through exams of two years externally, and working in parallel as secretary of Prof. S. Ya. Lurie. He graduated from the university in 1941.

A. took part in the WWII; in 1945, he entered the post-graduate courses to Prof. V. V. Struve; at the same time, he made lectures at the Teachers-Training Institute named after Pokrovsky, and at the Leningrad State University. In 1949, he defended his thesis ‘A Letter of Emperor Claudius to Citizens of Alexandria, as a Source on the Social and Political History of the First Century CE’. After it, A. went to the city of Ulianovsk, where from 1951 till 1954 worked at the local Teachers-Training Institute; in 1954, A. became referent of Acad. A. I. Tiumenev; after his death in 1959, thanks to recommendation of V. V. Struve, A. got a position at the Ancient East Department of the Leningrad Branch of the Institute of World History of the Ac. of Sc. of the U.S.S.R., where he worked till the end of his life. The last 25 years were a period of intense research work. In 1965, A. got the Doctor degree in history for the general volume of his studies.