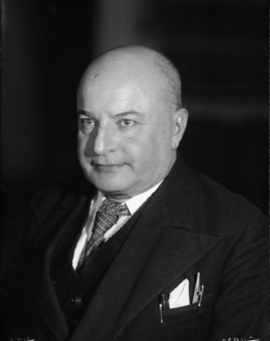 Alekseev Vasily (1881–1951) – leading Russian specialist of the first half of the twentieth century in Chinese studies, translator, researcher in the field of Chinese traditional literature, folk art, and religion; member of the Russian Geographical, and Archeological Societies; Academician of the Ac. of Sc. of the U.S.S.R.. Corresponding Member of the State Bejing Library since 1929; Member of the National Geographical Society in Washington since 1946; member of the Union of Soviet Writers; Honorary Member of the American Oriental Society since 1947; collector of Chinese folk drawings and prints, calligraphy (including inscriptions and amulets), and printings from ancient stone slabs.

In the course of his travels through the Northern China as a participant of the expedition of E. Chavannes, A. wrote a working diary – ‘handwritten notes in Russian and in Chinese’, the most part of which in 1951, after his death, was published by the widow of the Academic N. M. Alekseeva, and his daughter M. V. Ban’kova in the book ‘In Old China. Diaries of the Travels of 1907’. A special place in these notes is given to the Chinese religious syncretism, and to the

spiritual basement of Chinese folk culture. In 1966, B. L. Riftin gathered and prepared for publication materials of A., who had already died by that moment, on Chinese folk art; the book was published under the title ‘Chinese Folk Drawing; Spiritual Life of Old China in Folk Images’. For the first time in Russian Sinology, on the base of imagery from the private collection of V. M. Alekseev, they gave scholarly interpretation to religious plots and personages of Chinese folk drawings and prints.

Among the disciples of A., there were such outstanding Russian specialists in Chinese studies, as I. S. Gurevich, L. N. Men’shikov, V. А. Welgus, О. L. Fishman, B. B. Vakhtin, R. F. Its, I. E. Tsiperovich.