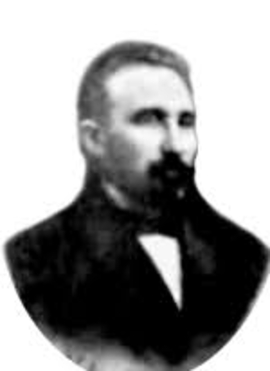 In 1898, after graduating from the Kazan Spiritual Academy, with a degree of Candidate in Theology, he served as diocesan missionary in the Tambov Region, then in the Ekaterinoslav, and the Kharkov Regions; among his duties, was a missionary work with sectarians , that gave him a chance to get necessary knowledge for teaching in 1912-1913 at the Moscow Spiritual Academy, at the Chair of the History and Denunciation of Russian Sectarianism. Since 1913, A. taught at the St. Petersburg Spiritual Academy. As a publicist, he wrote articles for such magazines, as ‘Tserkovny Vestnik’ (Ecclesiastic Bulletin), ‘Missionerskoe Obozrenie’ (Missionary Survey), ‘Vera ii Razum’ (Faith and Reason), ‘Golos Istiny’ (The Voice of Truth), ‘Missionersky Protivomusulmansky Sbornik’ (Missionary Anti-Moslem Collection), and ‘Dushepoleznoe Chtenie’ (Soulful Reading). A. had conservative views; he was an active participant of the monarchist movement, a member of such Orthodox conservative political organizations, as the Russian Assembly, and the Brotherhood of the Resurrection of Christ. He wrote a number of works on the phenomenon, which was typically called ‘Russian sectarianism’ in missionary, publicistic, and legal compositions of the early twentieth century (particularly, on Khlysty, Dukhobory, Skoptsy, Molokane, and others); he characterized them as a ‘destructing force with an influence at the family, and social and state life… a serious and complicated illness, which should be treated urgently and thoroughly – especially after the Highest Ordinance from April 17, 1905”. A. held an opinion, that for the efficient struggle against sectarianism it would be necessary to possess exact and reliable knowledge on that special phenomenon of Russian religious life. He was arrested in 1919, then once more in 1927; sent to Yoshkar-Ola. Since 1933, he has lived in Pavlograd, where studied theology and wrote ‘The Course of Denunciation of Russian Rationalist Sectarians’ (1954). On October 10, 1995 he was rehabilitated by the Prosecutor’s Office of Leningrad.