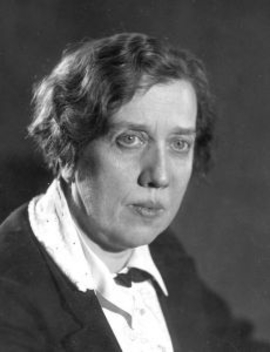 In her works on the Old Russian didactic literature, she put a special attention to the problems of religious and philosophical anthropology. Studies by A-P in the sphere of the analyses of satirical and democratic literature of the seventeenth century are of great importance for understanding the traditions of Russian free thinking. She was a disciple of V.N. Perez (1870 – 1935), an outstanding researcher of Slavic folklore, philologist, Academician of the Academy of Sciences, repressed in 1934, died in exile in Saratov. In 1906 – 1908, A-P studied at the Historical and Philological Faculty of the High Female Courses in Kiev. In 1907, her report “Philology, and Its Methods” opened the first session of the “Seminars in Russian Philology” under the supervision of Prof. V.N. Perez; soon they got married. In 1912, she received the external degree of the Historical and Philological Faculty of the Kievan St Vladimir’s Imperial University; in 1914, she passed there through the Master Grade exams. A-P was one of the two first women who taught philology at the Kievan University. In 1914, together with V.N. Perez, who had been elected Academician of the Academy of Sciences, she moved to St. Petersburg. In 1917, she wrote the Master Thesis ‘The Life of St Alexis, a Man of God, in the Old Russian Literature, and Folk Narration’ (Petrograd, 1917), that provided her the Lomonosov Award of the Academy of Sciences. Since 1917, she taught at various high schools of Petrograd/Leningrad: at the First Petrograd Teachers-Training Institute (1917–1923) (nowadays the Russian State Herzen Teachers-Training University), at the State Institute of the Art History (1921-1930); worked as a senior researcher, and Head of the Sector of the Old Russian Literature at the Institute of Russian Literature (Pushkinsky Dom) of the Academy of Sciences of the U.S.S.R. (1934–1954). In 1960-s, at the Philological Faculty of the Leningrad State University, she supervised a seminar, where traditions of the seminar of V.N. Perez were restored. Up to the end of her life, A-P edited publications of manuscripts, taking the work for “an excellent remedy, which although does not heal, but protects from sliding to the bottom of illness” (letter to M.N. Tikhomirov from May 18, 1958).